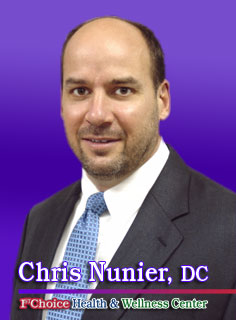 Dr. Nunier has a Masters of Science degree in human nutrition from the University of Bridgeport, and has postgraduate certifications in Wellness Practice from the International Chiropractic Association and Spinal Biomechanics, he is a Diplomat of the National Board of Chiropractic Examiners and he has achieved status of Master of Advanced Clinical Training for Nutrition Response Testing. 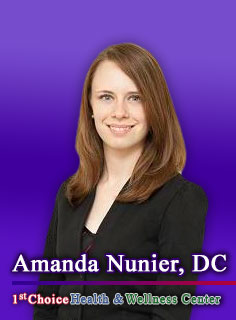 She is certified in Active Release Technique and has been trained in various chiropractic adjusting techniques. Dr. Nunier is licensed to practice in Indiana.

Dr. Amanda Nunier resides in Sellersburg, IN but was born and raised in Richmond, Indiana. She is married to Cole Nunier, the oldest son of Dr. Christopher and Gloria Nunier.

Dr. Joshua Moll is a 2004 graduate of South Oldham High School and a 2008 graduate of the University of Kentucky. Dr. Moll grew up playing basketball, baseball and football in Oldham County and even played football at the collegiate level. His story begins as a patient himself dealing with the path to healing for his low back after a major injury playing football, which lead him down the road to become a Doctor of Chiropractic. Dr. Moll graduated from the prestigious Life University in Marietta GA, specializing in world-class spinal (Gonstead, Thompson, Toggle Recoil) and extremity techniques, caring for athletes, seniors, “regular Joes” children and infants.

“I feel blessed and to be called to serve others; and desire to correct the cause, not its effect, to free rather than control, to assist rather than intrude. My approach is a holistic one, whereby I treat the entire person, not just their symptoms. To this end, I will empower you with the knowledge and inspiration needed to choose optimal health solutions for yourself and your family.”

He continues to further his education, taking seminars and new certification courses to keep updated and to serve his patients in the best way possible. 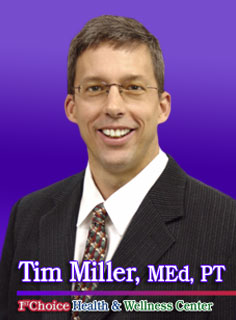 Tim Miller MEd, PT, CKTP is a life long resident of Floyd County. He graduated from New Albany High School and then taught Biology and Chemistry there for seven years after receiving his B.S. and M.S. in Education from Indiana University Southeast. He resides in Floyds Knobs with his wife Kelly, their daughter Madalyn and son Zane.

Tim has studied and uses a variety of manual therapy techniques such as: Muscle Energy, Strain Counterstrain, Maitland Joint Mobilization and Active Release Technique. He has attained certification in Kinesiotaping Techniques and Instrument Assisted Soft Tissue Mobilization (IASTM). Call 1st Choice Health & Wellness and ask for Tim to see if physical therapy might be able to help you.